How was the LELO SONA project born?

LELO built its heritage and reputation for luxury by exploring, discovering and inventing completely new sensations. We’re the world leaders of pleasure products that employ conventional vibrations, but about 6 years ago we wanted to look into other ways to create a pleasurable feeling.
After some experimentation and research, we wondered if we could use sound to stimulate a user. We already dabbled in it with our SIRI 2 massager, which is responsive to sound, but we wanted to take the next step and see if the sound itself could be harnessed.
One of the challenges we face at LELO is that there is only a certain amount of ways that a product can interact with the body, due to natural, biological laws. Traditionally, it’s been through vibration alone. Now, though, we’ve opened a door to a whole new world of sensation.

What kind of research brought you to the use of sonic impulses?

There were years of research involved before a prototype was made. In the end, we used the subwoofer pad of a speaker as inspiration. Have you ever stood in front of a large loudspeaker and felt the bass resonate deeply throughout your body? That’s the sensation we wanted to create and focus into the erogenous zones.
By using sonic waves instead of vibrations, the resonations are transmitted much more deeply into the body – perhaps on the same principle as something like an ultrasound, or sonar – hence the name, SONA.

Which women’s needs have emerged from the research / surveys (compared to other products already created by LELO)?

We’ve known for a long time that the clitoris, contrary to popular belief, is a much larger structure than it seems. Far from being a little bundle of tissue and pleasurable nerve-endings on the surface of the body, it’s a long construction with two ‘legs’ that extend downwards internally and around the vagina, and then back, perhaps forming the anterior of the G-spot. That’s a lot of clitoris that goes unstimulated by conventional vibrations.

That’s the challenge that SONA solves, and what makes it unique. It’s the only pleasure product that stimulates the entire clitoris, instead of just the external part. That’s all thanks to our use of sonic waves instead of a vibrating motor.

Which are the advantages of sonic waves compared to mechanical vibrations?

Pleasure is subjective, and some users may prefer rumbly mechanical vibrations to the deep intensity of sonic waves. Mechanical vibrations are, after all, what made LELO the world’s leading pleasure brand. But SONA offers an alternative. There are lots of other advantages: the motor needed to create sonic waves is more efficient than a vibrating motor, which means the battery can be smaller and last longer, and it’s quieter, etc etc.
But what really matters is how it feels. That’s the real advantage: it now offers customers a true choice over the sensations they bring to their body.

Are there any fears or suspicions regarding this innovative method?

No, not really. It’s entirely safe. In fact, SONA is gentler on the clitoris than a conventional pleasure product because it transmits waves through the air, rather than through direct contact with the body. This means the user can enjoy it for longer, multiple times, without needing to take a break.
People seem to understand the concept of it very easily, and if there’s one thing we at LELO have learned over and over again, it’s that people LOVE new sensations and are eager to try it for themselves, looking for new and interesting ways to use it. Our other sound-based product, SIRI, was famously used by an American singing coach to help students condition their voices, for example. (They would hold it to their throats and hold a note, regulating their vocal cords with the sound-responsive vibrations.)

Which are the most common questions about it?

The most common question is ‘how does it feel?’ and that’s difficult, because it’s impossible to describe without being poetic. I tend to describe it as ‘like a choir of angels singing in perfect harmony singing your favorite hymn directly into your body’.
We also get asked exactly how it creates its sensations. We can’t reveal the patented technique in detail, so we use the reverberating loudspeaker comparison that I outlined earlier to help people picture it.

LELO SONA has been launched, what do you expect from this product in the future?

SONA has been wildly popular since we launched it. In fact it became our all-time bestseller overnight, and continues to be our biggest seller.
But our male customers felt left out and demanded the same sensation be made available for them. Little did they know that we’d already been working on it, and it’s currently available as the LELO F1s. It takes the same theory and technology that creates the SONA’s sonic waves and transposes them into a cup, designed to massage the penis in the same way SONA stimulates the clitoris.

Your focus is on the world of women. From your point of view, is the female pleasure still a taboo?

In fact, our focus is not on the world of women, but the world of pleasure regardless of gender. We would argue that it’s not female pleasure that’s taboo per se, but pleasure as a whole that’s socially frowned upon. That’s the attitude LELO has chosen to fight against.
In most of the world, though, female pleasure is particularly under siege. As women become more vocal in their demands for equal treatment, their personal pleasure has become a battleground. We’re giving them the weapons they need to fight with.
Things seem like they will get worse before they get better, but it’s progress of a kind. Sexual equality, pleasure and reproductive rights are discussed openly like never before, even if that discussion is occasionally tainted with bias and misunderstanding – or outright hostility.
As long as the fight continues, LELO will be right there, on the front line.

Is it possible to think of LELO as of a company that will turn to male pleasure in the future?

As I mentioned, our focus is pleasure, not gender. In that regard, we already offer men a huge suite of breathtaking, luxurious pleasure products, from vibrating rings to masturbators and even prostate massagers. The goal is to help everyone realise that you can derive pleasure from others’ pleasure – we all benefit from pleasuring each other.

After the sonic impulses, what should we expect for the future?

It’s an exciting time for LELO. We’re still looking for entirely new creations and sensations, and exploring new ways to please our customers. We’re exploring the digitalworld, looking at app-integration and new ways to connect couples. At LELO, the customer always comes first. 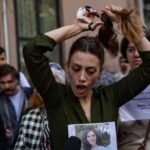